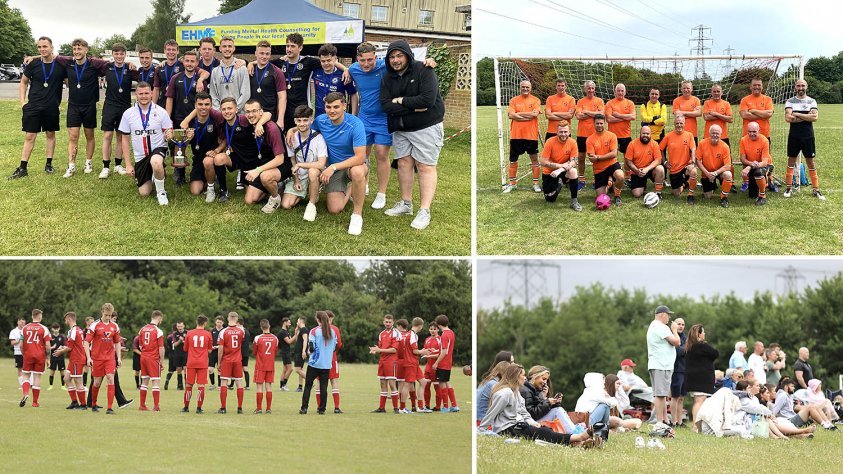 The annual Elliott Holmes Memorial Cup held on Saturday 20th June attracted young and old alike. In the first match Istead 8 v Fatboys 8, the Istead team proved too much, unleasing two goals to secure a win for the second year running. All credit to the Fatboys whose combined age was 792 – they faired well over 50 minutes against a predominately 21 year old team.

In the big match, the Invitational 11 secured their first win against a strong Istead 11 team, winning 3-1. Thank you to everyone who took part and joined in the fun, also to those behind the scenes, our very own Scott Thomas for orgainsing the event, Russ and Dawn Childs for their ongoing support with the BBQ (Great Burgers!), to Sharon Saunders and Diane Salmon for their contribution on the gate and to Kerry Holmes and Sharna Weber for their help with the raffle.

Celebrations went on well into the evening and we raised a fantastic £1,745.00, which will fund at least three young people through counselling.